We hope you will take the time to attend one of the numerous shows around the Lower Mainland.


One of Canada's most recognized icons, the Royal Canadian Mounted Police (RCMP) Musical Ride, will be performing at Mahon Park, (Jones Avenue) North Vancouver on Wednesday, August 21, 2013. The general public is invited to this free event. There will be two shows; one at 2:30 PM and a second at 6:30 PM which includes a pre-show, showcasing various police demonstrations.

What is this event about?

Representing a colourful tradition and ceremony through the horse and the scarlet uniform, the RCMP created a world renowned event known as the Musical Ride. The Musical Ride provides Canadians, from coast to coast, with the opportunity to experience part of our heritage and national identity.

The RCMP Musical Ride is scheduled to perform in North Vancouver on August 21st, 2013 in celebration of the 25th Anniversary of Block Watch in North Vancouver. It provides the citizens of North Vancouver a chance to experience the ultimate family event. Admission and public parking are both free, however, donation boxes will be set up on the grounds to collect funds for the Canadian Cancer Society through the Cops for Cancer Tour de Coast Campaign. 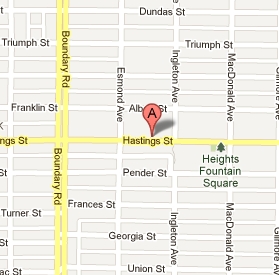 Repair, Maintenance and Updating Your Strata Depreciation Report and Update on the CRT This is a CCI Vancouver chapter seminar held in conjunction with the CCI National Spring Conference, hosted in Vancouver this